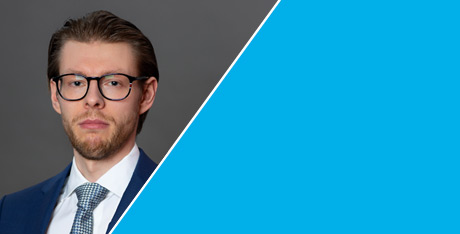 Pavel Vorobev serves as a client relationship manager while continuing to work as a practicing patent attorney.

Pavel collaborates with external and in-house teams to address clients’ needs on all variety of IP matters. Also, he is part of firm’s Patent Prosecution department and concentrates his practice on domestic & foreign patent filing and prosecution. He is admitted to practice as a qualified patent attorney before the Russian Patent and Trademark Office since 2017 and the Eurasian Patent Office since 2018. He also has an extensive experience in drafting invention & utility model patent applications, freedom-to-operate searches, patent searches, as well as patent litigation. Dozens of national and PCT patent applications in the field of mechanics, shipbuilding and methods of information processing have been drafted by Pavel.

Further, he has more than ten years of experience in technical translation from Russian into English and German, and vice versa. Prior to joining ARS-PATENT, he was a software engineer at a research and development center for developing optical security systems. Pavel also worked for two years as a circuit engineer in a design office, where he was involved in the design and manufacture of printed circuit boards for power supplies in low-voltage ship systems.

Pavel earned his both B.Sc. (2010) and M.Sc. (2012) from ITMO University located in historical center of St. Petersburg, Russia. He is also a graduate of the full-time ITMO University postgraduate school (2017) in the specialty “Methods and systems of information protection, information security.” During this time, he became an author and co-author of 20+ publications in scientific bulletins and magazines devoted to the development of passive optical-electronic infrared detectors.

Since 2013, he further acts as point of contact of ARS-PATENT team for colleagues and clientele at numerous international IP events.